Dainty Dotty: not a tattooed lady, but still deserving of her place in tattoo history.

I'm veering a little off-topic by writing a bit about Dainty Dotty, because she wasn't known as a tattooed lady. However, she was a circus fat lady for years, and after marrying tattooist Owen Jensen, she became a tattooist as well. They worked as a team, eventually settling in Los Angeles after meeting in Detroit, MI. The photo below shows Dotty and Owen Jensen with Tatts Thomas and his wife. 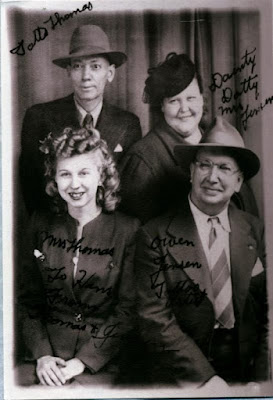 Dotty is best known by this delightful cabinet card/souvenir photo from her time as a circus attraction. When she began tattooing, she did not actively work on a body suit, setting her apart from the other early 20th Century female tattoo artists I've been researching. 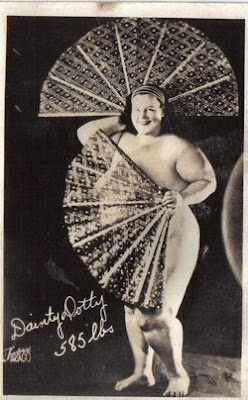 The photo above is also part of Bernard Kobel's "Human Oddities of the Circus Sideshow" collection of photographs. It is photograph 170 in that catalog, but Kobel's collection also contains photographs of Dotty labeled 177, 248, and 890 in the same catalog. (I have not seen copies of those three photos.)

2019 EDIT: I believe the photo below is one of the three Kobel photos I've not before seen. 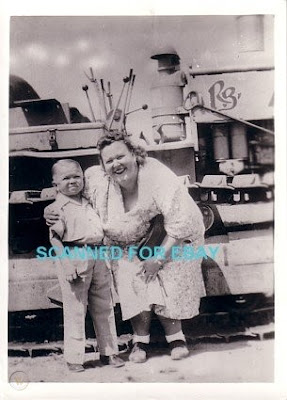 In a wonderful stroke of luck, someone at the blog Artworld Confidential wrote this little article titled "Let Us Now Praise Dainty Dotty and all Circus Women" about Dotty in May of 2014.  In this article, the writer IDs Dotty as being present in a "Congress of Freaks" photograph with Mae Vandermark and the India rubber man who eventually committed suicide over his unrequited love for Mae (more on that story at another time). And, the same blog offered this article "Winning the Fat Lady" in January 2014 about Dotty as well. Both articles include wonderful images, and both articles seem very well researched. I'm pleased to share links to them, and to know that people remember Dotty and recognize her role in (and contribution to) tattoo history. Worth noting, the Artworld Confidential blog is full of wonderful tattoo history. It's worth a browse.

It is interesting to note that Dotty may not have ever been tattooed at all--I've not found any photos or anecdote that mentions any tattoo. (The Tattoo Archive, incidentally, notes that historians say Dotty was tattooed by Owen, but there are no known photographs. Their article on Owen Jensen is interesting; there is not a separate article on Dotty.)

Dotty and her husband had a successful career tattooing others--below are photos of Dotty and Owen tattooing customers in a traditional early 20th Century tattoo booth. (These were often located inside a barber shop.) Some of Dotty's original designs are still used in traditional tattoo flash today, and while tattoo flash by Owen Jensen and  "The Jensens" may be better known, Dotty was respected as an artist in her own right. 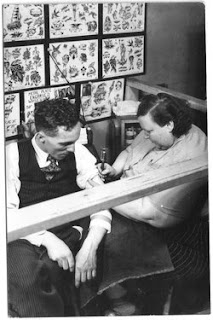 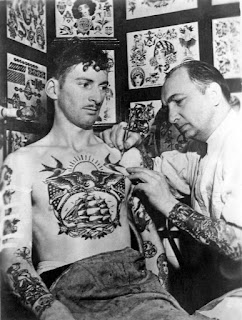 Because of the Jensen's role in Los Angeles tattoo history, Dotty's professional story is a little more consistent than those of tattooed attractions who toured for most, if not all, of their professional careers. However, just like the rest of the women in the realm of my research interests, her personal life is largely unknown.

2019 EDIT: When checking links in this article in September 2019, I came across the following photograph of the Jensens on a blog called Speedboys.) 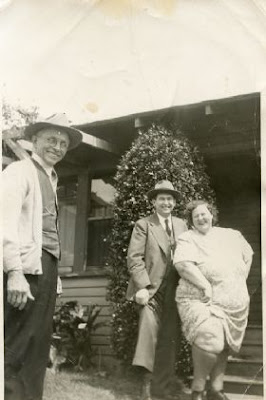 2019 EDIT: Another page worth noting that's popped up since I first published this article is this one on Owen Jensen via Buzzworthy Tattoo. There is a photo of Dotty and Owen's son, Owen, Jr., as well as a photo or two of Dotty. The author of that page has more information on the Jensen's personal life, as found through the research of Owen Jensen. It's hard not to see how being married to a notable male tattoo artist helped to preserve more permanently certain portions of Dottie's history.

The now-defunct blog The Dead Bell has a detailed entry on Dotty and her grave, which is in the "Showman's Rest" area of LA's Evergreen Memorial Park. This photo is from that site--I love that she was buried as Dainty Dotty Jensen. 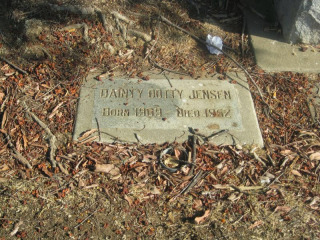 And, this obituary ran in The Milwaukee Journal on December 19, 1952. Other versions of the obituary mention that at the time of her son's birth, she weighed considerably less--350 pounds: 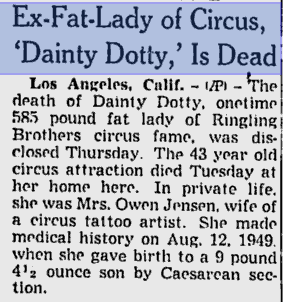